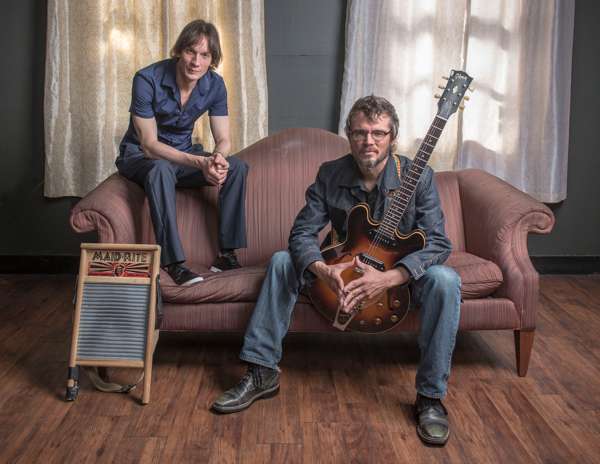 North Mississippi Allstars are back with PRAYER FOR PEACE and couldn't we all use one of those right about now? Founded in 1996 by brothers Luther (guitar and vocals) and Cody Dickinson (drums, piano, synth bass, programming and vocals), the now venerable band are entering their third decade with perhaps the most vital album of their career. Recorded in studios across America during North Mississippi Allstars' 2016 tour, PRAYER FOR PEACE sees the Dickinsons weaving their bred-to-the-bone musical sensibility with unstoppable energy, rhythmic reinvention, and a potent message of positivity, family, and hope. As ever, songs like R.L. Burnside's "Long Haired Doney" and the impassioned title track pay homage to the country blues legacy while simultaneously pushing it into contemporary relevance with fatback funk, electronic innovation, slippery soul, and pure unadulterated rock 'n' roll.

"This is a very exciting time for North Mississippi Allstars," Cody says. "There's been this explosion of creativity lately and it's encouraging that for a band who has been around for twenty years now, our music is as vital and fresh as ever. It's like the opposite of burnout -- I can't explain why but it feels totally brand new again."

"The blues is not children's music," Luther says. "We get better at it, the older we get. We're so fortunate to be able to do it."