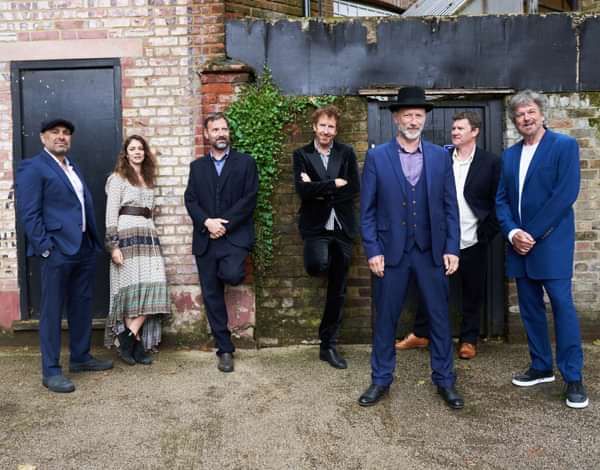 Singer/songwriter and acoustic guitarist James Studholme is at the helm, supported by fiddle, banjo, accordion, trumpet, bass and drums. These varied instruments allow the band create a mosaic of sounds and songs including husky ballads mourning lost loves, foot-stompers about the West Country and full-throated, multi-harmony anthems. Their song “Devon Brigade’ was nominated for Song of the Year at the 2018 Americana Music awards.

The band’s eagerly-awaited new album ‘Overground’ has been described as ‘their best ever’ and they’ll play tracks from it, as well as some of their most-loved songs on their upcoming tour of the UK.

Police Dog Hogan have performed in all four home nations, at Glastonbury, across Ireland, at the Shepherd’s Bush Empire, the Americana Festival in Nashville, played support for Brian Wilson, and crammed themselves into the legendary and tiny Somerset Shed for an acoustic set.

Wherever they play says Radio 2 DJ Mark Ratcliffe, it’s ‘a guaranteed good night out’. And much-loved DJ Johnnie Walker lists Police Dog Hogan as ‘one of his favourite bands’.