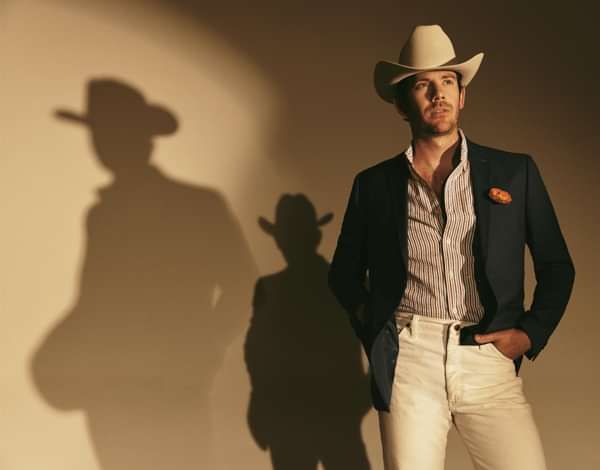 Sam Outlaw’s third full-length album, Popular Mechanics, announces a creative reinvention for the “SoCal Country” singer-songwriter from Los Angeles. Inspired by family bonds and the great innovators of the 20th century, his latest project signals a restless desire to explore another side of himself. “I wanted to do something I’d never done before,” he says. “A sound that fuses the country music elements I love, like the pedal steel, to the bombast of 1980s pop production: fretless bass, synthesizers, drum machines, and stacked vocals. My goal was to incorporate the full spectrum of my influences.” The ambitious direction of Popular Mechanics may seem like a sudden shift from Outlaw’s country-leaning albums, Angeleno (2015) and Tenderheart (2017), but the gears actually started turning in early 2018 after Outlaw shelved some new material he recorded in Southern California. He recalls, “We ended up with some really great stuff, but I wasn’t satisfied. The songs felt like the beginning of something new but not the complete picture. I was also burned out from non-stop touring and my home life was suffering, so I decided to take a breath. That same year, Outlaw left L.A. and moved his wife and young son to Nashville to establish fresh roots in anticipation of their second child. The move took him out of his comfort zone and provided perspective on his creative and professional goals. Pondering how to fully embrace a new sound, some inspiration arrived unexpectedly during a visit from his father. “I come from a long line of engineers - on the Morgan side and the Outlaw side of my family. My dad is a mechanical engineer who started a manufacturing company in the ‘90s, but we’d never really talked much about his business. Then one day we started discussing some of his company’s challenges, and in the process I learned about the obstacles engineers face in a modern technical industry. I started getting into the mind of the engineer.” The epiphany came when he connected industrial machines with the role technology plays in recorded music. “I’ve always loved ‘80s music so I started learning about the engineers and music producers from that era, like Trevor Horn, Mutt Lange, Neil Dorfsman. It was a time when the producer and the recording engineer were as critical to the creative process as the artists.” Outlaw says, “Those producers pushed the technology to achieve their creative vision because their inspiration was not so much the music of the past, but the possibilities of the future.” Outlaw remembers that everything came into focus for the album once he envisioned the album title: Popular Mechanics. He explains, “As a boy I loved reading the science magazine “Popular Mechanics," so the phrase must have made an indelible impression on my mind. And for an album title it perfectly sums up the concept. The word ‘Popular’ references the pop music influence and ‘Mechanics’ is a nod to engineering and exploration. In the studio, Cheyenne and I approached creating each song like an architect designs a skyscraper.” To achieve his own elaborate blend of roots music and pop, Outlaw turned to producer Cheyenne Medders, a Nashville multi-instrumentalist who had produced an album by their mutual friend, Sarah Darling. In 2019, Outlaw and Darling performed together at the Grand Ole Opry, where Outlaw introduced himself to Medders. “When I first met Cheyenne backstage at the Opry I fumbled through my pitch for the record, which I jokingly said, instead of Americana, was going to be 'Arena-cana.' Big and bold. My fear was that it was a sound I hadn’t tried before and my other fear was that I don’t have one of those soaring tenor voices like Steve Winwood or Kenny Loggins. They were singing almost an octave above my range. So I confessed to Cheyenne, ‘I just don’t have that kind of voice.'" Outlaw recalls, “Cheyenne just looked at me and said, ‘That’s what’s going to make it great. Your voice is what makes it your own.’” From this shared vision, the duo constructed a compelling album of original songs that draw from a widescreen span of influences. From the Petty/Nicks prowl of “Here on a Mission” and the New Wave title track “Popular Mechanics” to the exotic allure of “Half a World Away” and romantic “For the Rest of Our Lives." Side A continues with a reassuring Cyndi Lauper-like “Sun Ain’t Set” and standout rocker “Polyamorous” - a song inspired by the true story love triangle that created Wonder Woman in the 1940s. Side B immerses the listener further into the rock arena with the power ballad “Stay the Night” and angsty “Bad Enough” featuring flourishing strings and layered guitars. Quieter tracks “Language of Love” and “Daydreaming” deliver moments of reflective calm before the closing anthem “When You Feel It,” a poignant testimonial to the fire inside. Outlaw concludes, “Up until now, the music I’ve made really only shows one side of myself, but I put my whole heart on the line with Popular Mechanics. I hope listeners will approach this album with open minds, and I can’t wait to reconnect with everyone at the shows. Creative expression is, after all, the shared celebration of the creative spirit that lives inside every one of us.”