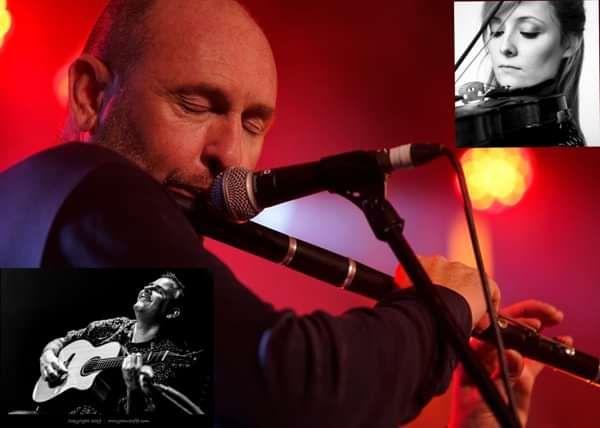 We are pleased to present some of the folk world's finest artists as part of our Arts Council England supported shows this summer.

Smaller parties can purchase individual seats in the balcony. We have removed many of the balcony seats to allow you to sit in socially distanced groups.**

A special show in the company of Michael McGoldrick, Emma Sweeney and Tim Edey. Michael McGoldrick is a multi-instrumentalist and composer widely regarded as one of the greatest flute players of all time. Named Musician of the Year at the 2006 BBC Folk Awards, he has recorded four solo albums, played with the likes of Bob Dylan, and is a regular in Mark Knopfler’s band.

Emma Sweeney is a distinguished and experienced live performer who has played alongside a whole raft of fabulous musicians, including, Aled Jones, Nell Brydan, Robbie Williams, Glen Hansard, and The Rails.

Tim Edey is rated by many to be one of the world’s finest ever melodoen and guitar players. He has toured the world and recorded with most of the major names in roots music, including The Chieftains, Christy Moore, Sharon Shannon, and more.