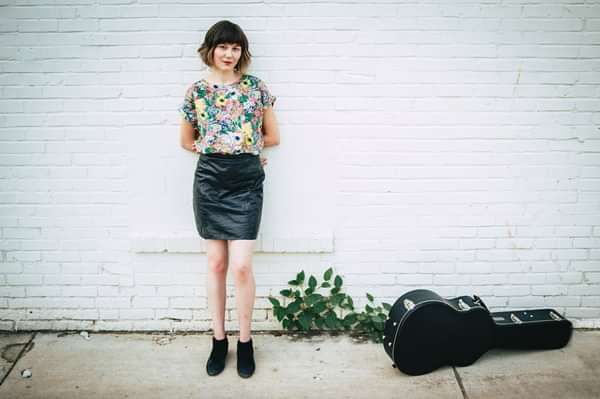 Molly Tuttle speaks softly. Her voice is both lilting and lucid, and when she says that she wants to create music that is truly original and unmistakably hers, her quietness shifts into a steely audacity that’s charming and almost funny––she’s only 25, after all. But then, you remember her songs. And it hits you: brash, beautiful originality is exactly what Molly is doing.

The 2017 release of her debut EP Rise further introduced Molly to a roots music audience who had already enthusiastically embraced and elevated her. Her 2017 win for Guitar Player of the Year from the International Bluegrass Association (IBMA) was history-making, as the first woman to ever be nominated for the honor, and the accolades have kept coming in 2018 as Folk Alliance International’s International Folk Music Awards awarded her Song of the Year for her song “You Didn’t Call My Name”, being named Instrumentalist of the Year by the Americana Music Association, and receiving 6 nominations for the 2018 IBMA Awards. 2018 has seen Tuttle performing for enthusiastic audiences on such prestigious stages as as Celtic Connections, Mariposa Folk Festival, Hardly Strictly Bluegrass Festival, Americana Music Festival, Philadelphia Folk Festival and many more as well as dozens of at-capacity headline performances. October 2018 will see Tuttle opening the first night of Jason Isbell’s sold-out run of shows at the famed Ryman Auditorium. With all of this recognition, it might be easy to forget that Tuttle has yet to release a full-length album. In between tours, she has been hard at work in the studio crafting her eagerly-anticipated debut album with producer/engineer Ryan Hewitt (Avett Brothers, Red Hot Chili Peppers, Lumineers), which will be released in early 2019 on Compass Records.

“Her songs, singing and solos, much like her demeanor, tend to have an inward-looking elegance to them; they’re the outward expressions of a searching mind and a longtime dedication to cultivating her craft” - Jewly Hight, NPR

“Among the most brilliant guitarists in this new generation is Molly Tuttle, who seems as effortlessly conversant when flatpicking as when playing in the clawhammer style, and who is equally gifted as a singer- songwriter.” -Premier Guitar